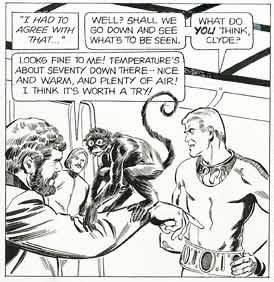 Posted by Dave Karlen at 2:05 PM No comments: 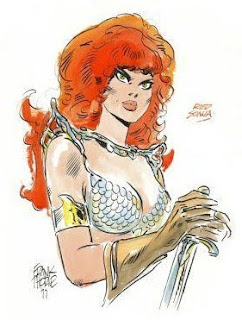 Marvel's "She-Devil with a sword" made her first appearance in Conan the Barbarian #23, February 1973, as the only warrior woman worthy to cross swords with Robert E. Howard's most famous character. A beautiful fire-haired damsel, she ended up in the royal palace after her family was needlessly slain by soldiers who brought her to the king as a trophy of war. Sonja eventually killed the sovereign after she spurned his many advances. Now having to flee the majestic Kingdom of Hyrkania, she took up pillaging as her trade in her many adventures chronicled in Conan and Marvel Features before getting her own title in 1975. Much of the success of the comic was due to Frank Thorne's striking image of the lovely heroine, scanty clad in her delightful chain-mail bikini. The artist's extensive research and attention to detail managed to capture the very essence of Howard's novels with its exotic landscapes, weird people, mystery and magic. Once Thorne left Red Sonja, the title floundered under less talented creators for a few years before its cancellation and a failed movie adaptation. Recently however, revived under the Dynamite Entertainment label, the character lives on in new adventures with a big budget major motion picture soon to be in production, for a new generation of fans.

Posted by Dave Karlen at 5:05 PM No comments: 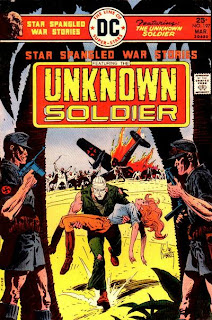 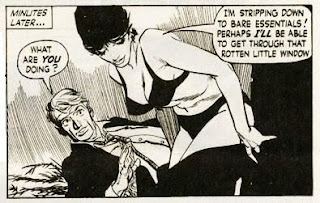 Premiering in the Daily Sketch on May 2, 1966, The Seekers was a thrilling strip cast in the image of Peter O'Donnell's Modesty Blaise, and trying to capitalize on its tremendous success. Writer Les Lilly and artist John Burns created a missing persons bureau called Seekers, run by Una Frost. The two main players for the stories was the lovely brunette Susanne Dove and the dashing blond Jacob Benedick, who were often assisted in their exploits by Duffy, for his needed underworld contacts. Drawn in a similar style to the late Jim Holdaway, Burns' always delivered solid and exciting visual images to complement Lilly's well written scripts that lead our heroes on numerous adventures over its five year run. With no formal art training Burns became a fine illustrator, starting out as children's features before picking up the strips, developing his more edgy adult style and eventually drawing the story's inspiration, Modesty Blaise, years later. 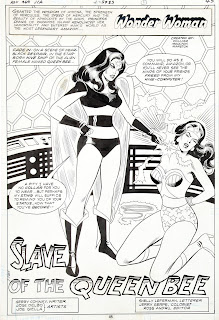 Jose Delbo has drawn for scores of American comic book companies since moving to the United States in the mid-sixties. Starting at Charlton Comics he worked on numerous Western and horror titles before joining Dell to illustrate their humor and TV related properties. With a stint at both Tower and Western Comics he drew various sci-fi and adventure books before joining DC for many rewarding years. Jose's strong work ethic never allowed him to stop drawing, doing freelance for other independent publishers, Marvel Comics, and syndicated newspaper strips, before ending his career teaching at Joe Kubert's School of Cartooning and Graphic Arts. Here is his brief bio...Born in Bueno Aires, Argentina and at sixteen I started selling to comic book publishers throughout South America, moved to the United States in 1965, beginning with "Charlton" I sold to all the majors including "DC" and "Marvel", titles include, "Billy the Kid", "The Monkees", "The Lone Ranger", "Turok", "Yellow Submarine", "Wonder Woman", etc. Strip work includes "Superman" and "Phantom" dailies. All accomplished with the help of my wife Mabelle and my family! Joined the NCS in 1990 and was honored by being elected a vice president in 1995, not bad for a guy who talks funny!