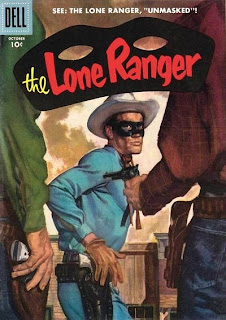 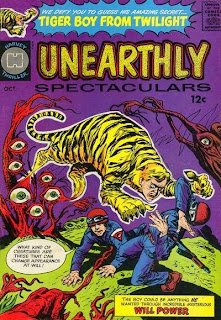 With his origin and first appearance in October of 1965, Paul Canfield could change into the wild Tiger Boy as shown on this unusual cover from the short-lived three issue anthology series. Doug Wildey was chosen the illustrate the first five page story that carried over to the second issue where Gil Kane drew our feral hero as he  fought his villainous sister  for his last appearance! Cover artist Jack Sparling unleashed a  striking image of the mysterious Tiger Boy attacking two State Troopers  for Unearthly Spectaculars #1. Shocking as it is, perhaps editor Joe Simon felt that it just wasn't quite shocking enough, so he asked for the changes as seen in the printed version above. Sticking with the main center figures which were photostatted to the cover on a smaller scale, Sparling altered the shaggy "moss-men" on the left to the surrounding gnarly and watching "tree-creatures" for an extra creepy weird scene. I would image writers would have been very limited in the story lines they could produce for this furry hero, so I guess its for the best that  he only lasted ten pages over two issues, so Harvey could move on to their next unique creation. 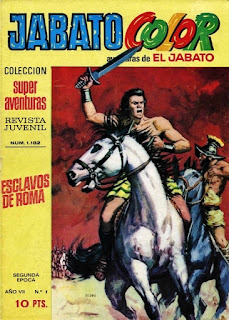 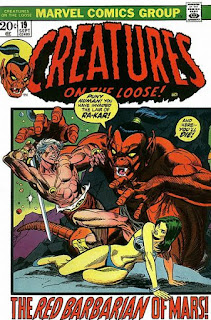 Combining the elements of both horror and romance, Gothic fiction's origin can be traced back to English author Horace Walpole, and his 1764 novel The Castle of Otranto, subtitled "A Gothic Story". This style of writing continued in the English romantic period through the Victoria era traveling to Germany, France, Russia, and other countries up to the handful of modern day works still being published. The name Gothic refers to the (pseudo)-medieval buildings in which the stories were set, and the images were carried over to the eerie covers to sell these scary love tales. A heyday for this genre were the books produced in the 1950-1970s which almost always featured a terror-stricken woman in flowing gown running from a gloomy mansion or castle, often with a single lit window in the attic. A number of popular illustrators of the time did these covers over theirs careers including below Victor Prezio, George Gross, Lou Marchitti, Robert McGinnis, and Enric Torres Prat, and other unknown artists. I never knew of anyone who read these tomes, but perhaps in this case, you really can judge a book by its cover, and I dare say none of these gals ever became realtors.

Posted by Dave Karlen at 4:19 PM No comments: