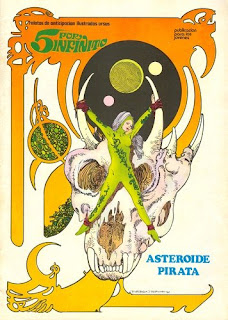 Another great artist, your examples are very psychedelic and pop. I have some comics that he illustrated that are fantasy oriented.

This Spanish artist was way ahead of his time!