A Planet of the Apes Gallery 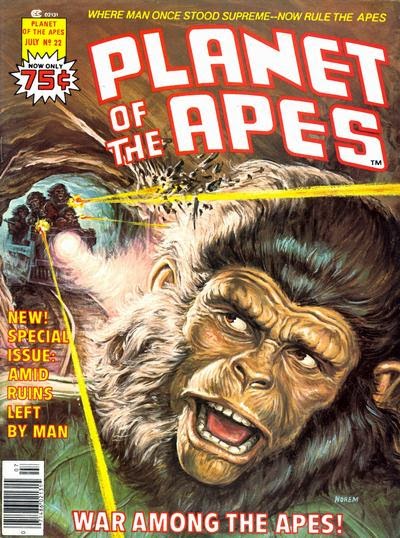 Riding on the great success of the hit movie franchise, Marvel Comics' Planet of the Apes magazine was published under their Curtis imprint from 1974-1977 as part of their new black-and-white magazine series. It has a special place in many young fans hearts since it was the first ongoing comic book series related to the Planet of the Apes franchise. It was also the first medium to introduce new original Planet of the Apes material set in a variety of different regions, eras and conditions that had never been seen before (or since), beginning with a non-continuity serial entitled "Terror on the Planet of the Apes". One of Marvel's best writers Doug Moench wrote these imaginary tales for the twenty nine issue run with some dynamic Mike Ploog and Tom Sutton interior artwork. But the real draw for me and many others were those fantastic full color covers! These painted gems were provided by the likes of artists Earl Norem, Gray Morrow, Ken Barr, Bob Larkin, and Malcolm McNeill as shown on the examples featured below. Used for the American series a group of the best were also used for the Planet of the Apes series published in England. 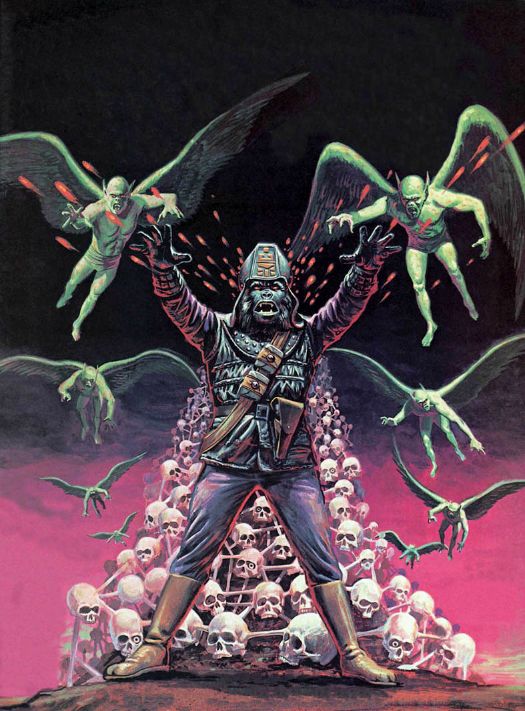