Ed Dodd...In His Own Words 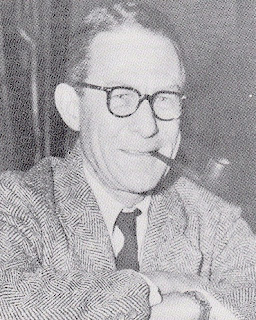 Mark Trail is created by not one but several writers and artists, pooling their ideas to produce the finished daily and Sunday product. Any member of my staff may come up with an appropriate idea for a sequence. It is then kicked around by the entire group until it reaches the acceptable stage. We put particular emphasis on character in Mark Trail, and attempt to let the characters produce the dramatic quality of the stories, rather than the other way around. Once we have finished the sequence in my studio, it is forwarded to New York, where it is studied carefully by an editor of the Hall Syndicate. It is criticized and returned to us. Then we go into another story session, either accepting or rejecting the criticism...using our best story judgement.

We then write the final draft. At this point the weekly "scenes" are written, and frequently they are changed slightly, depending on both the art and dramatic quality improvement. These are also forwarded to New York for criticism, and are often changed in detail before the drawing is started. Once the weekly scenes are agreed upon, artists then lay out the art, including the balloons, in pencil. This "rough" is then turned over to the letterer who put in the finished copy. After that the drawings are completed in ink. I was born in Lafayette, Georgia in 1902. I studied architecture at Georgia Tech one year, and spent two years studying at the Art Students' League in New York. Mark Trail was started in 1946.