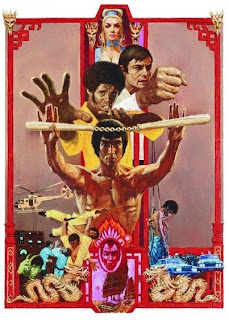 Bob Peak was born in Colorado, grew up in Kansas and attended Wichita State University before serving his country in the Korean War. Obtaining his formal training at the Art Center he arrived in New York in the early fifties working on top ad campaigns for different advertising agencies and drawing for American magazines like Sports Illustrated, Good Housekeeping, and Time. But his big break came in 1961 when United Artist hired Peak to design the movie poster for Robert Wise's "West Side Story". His imaginative new solution was to do a montage of characters and scenes that became the prototype of over one hundred posters he did for UA throughout the years. As the Father of the modern movie poster, his multiple image format was woven into a complicated design to create one spectacular image was highlighted in poster such as "Camelot", "Star Trek", "My Fair Lady" and "Funny Girl". Winner of numerous awards for his superior artistic skills, for his thirty year contribution to the film industry, Peak received from The Hollywood Reporter their Key Art Lifetime Achievement Award in 1992. A larger than life figure, the artist lived most of his life with his family in Connecticut before ending his career spending time in both Arizona and California.