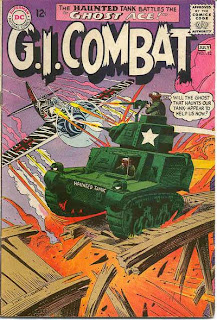 Back in May of 1961, DC Comics introduced another of their unusual war titles with The Haunted Tank, appearing for the first time in G.I. Combat #87 by writer Robert Kanigher and artist Russ Heath. The story revolved around a Yankee Sergeant named Jeb Stewart who commanded a Stuart M3 tank during World War II that was possessed with the spirit of the Confederate General, James Ewell Brown. This ghost was chosen by by the spirit of Alexander the Great to watch over future brave warriors, including the noble crewmen of this chosen "haunted" tank. Sgt. Stuart was the only soldier able to see the spirit who appeared in times of trouble to guide their tank out of many dangers. Sporting a Confederate Flag in honor of their shared namesake, the Sargent's courage under fire greatly impressed the spectre, while his crew often thought their senior top-kick was either shell shocked or suffering from excessive heat stroke. Eventually Jeb Stewart was transferred with his crew to a number of different tanks across the European Theater, but the loyal ghost of J.E.B. never once left his side. 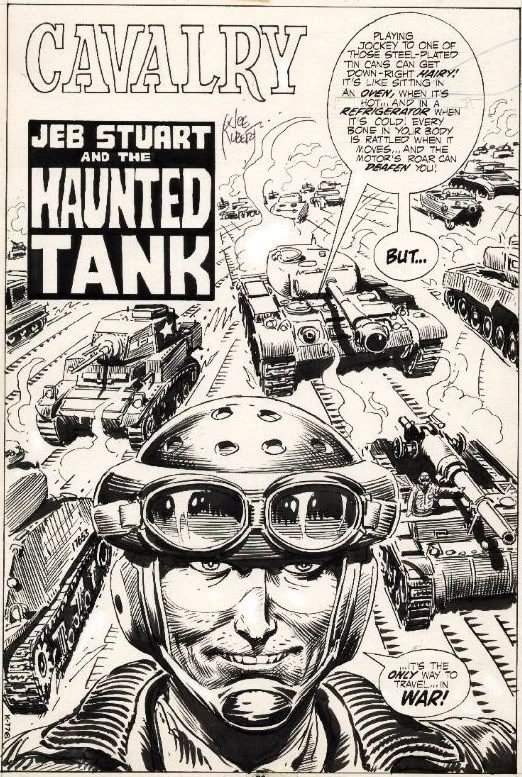