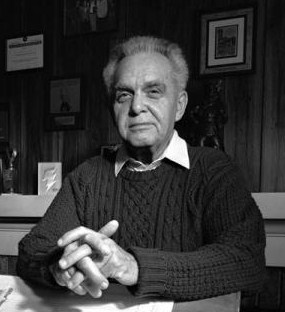 Born Jacob Kurtzberg on August 28th, 1917, the artist drew under many names before finally landing on Jack Kirby. Growing up on the tough streets of New York's Lower East Side, Jack discovered at an early age he had a talent for drawing. Starting out as an "in-betweener" for Popeye cartoons, he later decided to leave animation in 1939, for more work in the syndicated newspaper strips. Joining with another budding artist, Joe Simon, they quickly found work in the new art medium called comic books. The team worked together nearly two decades, but are best know for their first iconic creation, Captain America, which they created for Timely Comics in 1940. From there, Kirby co-created literally hundreds of characters for National and other companies including the Boy Commandos, Challengers of the Unknown, Manhunter,  Fighting American, The Newsboy Legion , and Sandman. But it wasn't until 1961 when Kirby's true legacy was to be discovered within the pages of Marvel Comics with writer Stan Lee. Now christened "The King" by Lee in all their titles, Jack either created, co-created, or revamped Marvels "A" list of characters such as The Avengers, The Incredible Hulk, Captain America, The Fantastic Four, Sgt. Fury and his Howling Commandoes, The Mighty Thor, and The X-Men, just to name a few. Always a fast penciller, Kirby was teamed with some of the greatest inkers in the field as shown in these 1960/70s splashs such as Vince Coletta and Joe Sinnott. Why "The King" did so many splashes is anyone's guess; dramatic flair, a time saving element, or perhaps he just loved composing dynamic images for his books. In 1970, Kirby returned to his roots at DC Comics and continued his influence on the medium by creating such popular characters as the  The Forever People, Mister Miracle, The New Gods, The Demon, and Kamandi, The Last Boy on Earth. Embellished by artist Mike Royer for many of these later DC splashes, he added numerous new characters to DC's growing stable with his popular "Fourth World" series. Jack returned to Marvel Comics in 1975, pencilling once again Captain America, The Black Panther, and his new Devil Dinosaur, and The Eternals series, before slowing down and returning to more animation work. Poor health forced the artist to retire in 1987, but he was still active in comic fandom with his many convention appearances. Jack Kirby eventually passed away on February 6th, 1994, but is recognized by fans and professionals alike as the true master of the comic art form. So in the traditional proclamation made following the accession of a new monarch...Long live the King!