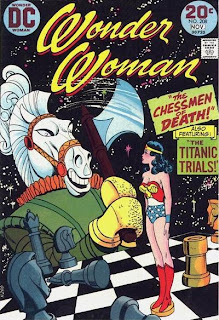 Ric Estrada truly is one of the last living legends in the comics field today, being born in Havana, Cuba on February 26, 1928. Estrada made his his first professional sale at the young age of thirteen illustrating the cover of a popular Cuba magazine, but his real break came in 1947 by an uncle in America and a family connection with writer Earnest Hemingway that got Ric to New York City to further his artistic studies. After attending the New York University, the New School for Social Research and the Art Students League, Estrada jumped into comic publishing working for many companies in the different genres of the time. Western, crime, sport comics, romance, war, and horror were all produced with ease and grace in his simple cinematic style for some of the best companies including, EC, St. John, Hillman, and Ziff-Davis, before landing with National Comics.

Though not a fan of most super-hero titles, preferring reality stories over fantasy, Estrada did his part in creating Power Girl, Lady Shiva, Richard Dragon, Amethyst, and other long lasting DC characters over the years with the company. But he is probably best know for his vivid war tales on titles such as, Our Fighting Forces, G.I Combat, Unknown Soldier, Star Spangled War Stories, Our Army at War, Weird War Tales, and a personal favorite, Bob Kanigher's Gallery of War. Even though he is known for his comic work, Estrada also did political cartoons overseas, advertising art, movie storyboarding, newspaper strips, and animation work in later years after leaving DC Comics. A deeply religious man, Ric was able to illustrate a comic adaptation of the New Testament that was in print for over fifteen years, and the artist is now currently changed focus to another one of his gifts, writing novels.

Posted by Dave Karlen at 8:18 PM No comments: 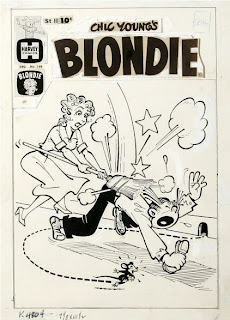 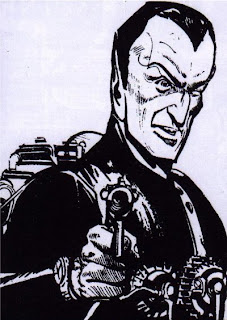