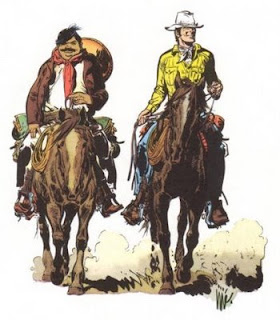 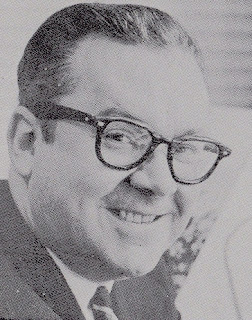 Carl Sandburg once echoed the cry of millions when he said: "I GO POGO." Creator of the most famous possum in the world, Walt Kelly, was born in 1913 in Philadelphia, Pennsylvania. Kelly had a variety of odd jobs as a youth including sweeping floors in a factory that made ladies underwear in the early 1930s to make ends meet. That job that only lasted three weeks, before he became a reporter for a local newspaper. Walt had already worked for this same publisher in high school doing political cartoons when he was just thirteen years old. Later, after following his dream, Kelly worked for Walt Disney studios along with fifteen other artists to create cartoon features like Snow White, Fantasia, and Pinocchio, just to name a few. In 1948 Kelly next worked in comic books and drew political cartoons when he decided to renew drawing a favorite character from his comic book days.

Needless to say, that character was Pogo who had first appeared way back in 1943 in various comic books. After trying his luck with a handful of syndicates, who quickly turned him down on his new strip, Walt showed the feature to Bob Hall, President of the Hall Syndicate, who liked it enormously. Within five years the popular daily and Sunday was appearing in around four hundred newspapers across the country. Even today, Walt Kelly is a very famous a man, with Pogo books and other merchandise selling in the millions over the years. When asked about his methods of working, Mr. Kelly simply replied: "There are none that I know of; I just sit myself down and start drawing from scratch."

Posted by Dave Karlen at 1:20 PM No comments: 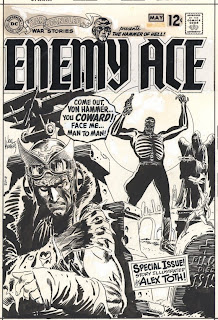 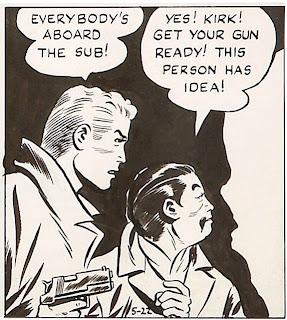 Posted by Dave Karlen at 7:30 PM No comments: 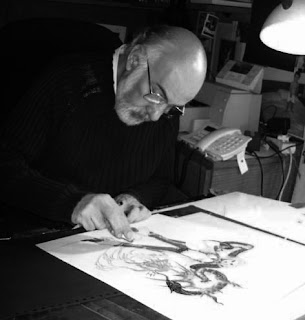