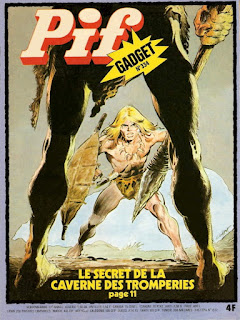 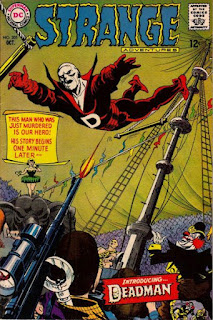 Posted by Dave Karlen at 2:41 PM No comments: 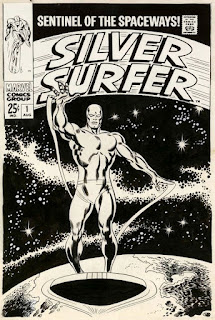 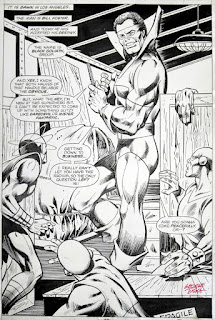 With all the high prices for original comic art today, I thought I would go back in time again and dream about sales at the beginning of the hobby. Azusa Comics out of Port Jefferson Station in New York City ran an add in the Comics Buyers Guide back in the seventies selling pages from "one of America's outstanding comic book artist", George Tuska. They went on to explain how George was the artist for the nationally syndicated newspaper strip Buck Rogers from 1958 -1968, his extensive work at Marvel and National Comics, and how he was currently drawing the DC Superheroes daily strip. Though they talked about this other work, all they had for sale were his later Marvel pages, but with some great prices! How about pieces from The Avengers #139 pages 6, 14, 16 and #140 pages 3, 14, 18, and 28 running $7 a page. You would think those team books with all the characters would cost more that say, Marvel's short-lived Black Goliath title. But no, those hero pages were priced on average from $8 to $10 from the twenty examples from issues #1, 2, and 3. I always preferred that other team book he worked on called The Champions with issue #3 pages 14, 16, 17, 18 and 22 costing you seven, eight, ten, ten,  and twelve dollars respectfully.
.

The nine Champion pages from issues #4 and #6 we all in the $6-$9 range, all  signed by the artist in one of the action-packed panels. By now you know the drill, pieces from Luke Cage, Power Man issues 26 and 29 were the same $6 to $10 prices, except the page one splash for issue #29 "No One Laughs at Mr. Fish" was a whopping fourteen dollars. The most expensive page in the advertisement, and it would hardly cover postage today. The  Savage Sub-Mariner #69 pages seventeen and twenty six were only eight buck a pop! Rounding out this double page ad were pages from Marvel's black and white magazine Planet to the Apes from the fifth and sixth issues, but they all were higher with an average of eleven dollars a page! Great shots of our stars Taylor and the lovely Nova fighting apes in the Forbidden Zone. Lastly, if you were a real high roller, you could own the entire book of Planet of the Apes #4 with Taylor's imprisonment and trial from the classic movie, twenty pen and ink wash pages sold only as a unit for $125. Too bad Azusa did not have any Iron Man pages for sale at these prices. 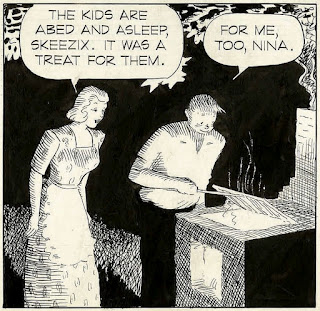 Posted by Dave Karlen at 8:44 AM No comments: