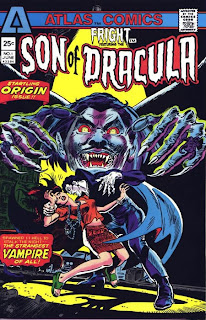 Born in Rahway, New Jersey on June 16, 1930, Frank Thorne broke into comics at eighteen drawing romance stories at Standard Comics while studying at the Art Students League in New York. After his graduation, Thorne illustrated Perry Mason for two years at King Features Syndicate, before returning to Dell Comics to work on Jungle Jim, Flash Gordon, The Green Hornet and other adventure related titles. From 1957 to 1964 Frank drew a very well received medical strip called Dr. Guy Bennett for the Arthur Lafave Syndicate before revisiting comics once again. Switching to Gold Key, he worked mainly on Twilight Zone and Mighty Samson and a handful for of other books, before going to DC to draw Tomahawk, Korak, and various war and horror stories. Fans are also quite fond of his few excellent works at Atlas/Seaboard Publications in their black and white and color creations on Son of Dracula, Sherlock Holmes, and Lawrence of Arabia, before next landing at Marvel Comics.

Thorne is best known for his 1975 rendition of Marvel's "She-Devil with a sword", Robert E. Howard's, fiery female Red Sonja. The artist's perfect mixture of sword and sorcery fantasy and the sexy red-haired Amazon made his the definitive image for the character, with a tremendous success that few could follow. Though After three years, Thorne decided to leave Marvel to create his own blond warrior woman, Ghita of Alizzar and began his long career drawing bawdy characters for various publishers such as Playboy (Moonshine McJuggs), Heavy Metal (Lann), and Comico (Ribit!), just to name a few. Besides doing comics, Frank Thorne has done numerous gag cartoons, and the Illustrated History of Union County, for the New Jersey area where he was born.

Posted by Dave Karlen at 9:31 AM No comments: 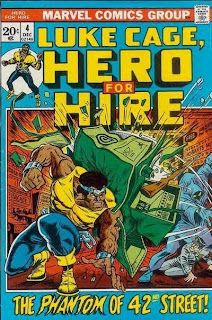 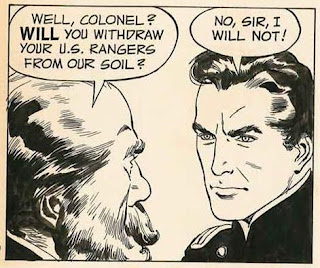 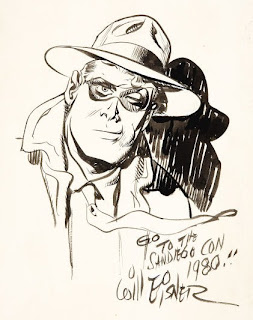 Born March 3, 1917 in New York City. Grew up in all the various boroughs. Starting producing comic books in 1937. Sheena, Hawk of the Seas, etc. Started The Spirit for Sunday news papers between 1940-1952. Introduced comics for training manuals while in army (World War II). Published educational comics for schools and industry from 1952-72, including maintenance manuals in comics format. President Bell-McClure Syndicate 1965. Taught sequential art at SVA from 1974-93. Books: Comics & Sequential Art, Graphic Novels: Contract with God, Life Force, Heart of the Storm, Dropsie Avenue, and others. Helping on Board of International Museum of Cartoon Art. I'm proudest of my National Cartoonist Society 1995 Milton Caniff Lifetime Achievement Award. Live in Florida, travel, tennis and work. 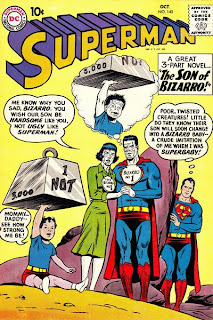