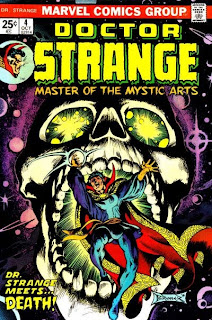 Posted by Dave Karlen at 1:29 PM No comments: 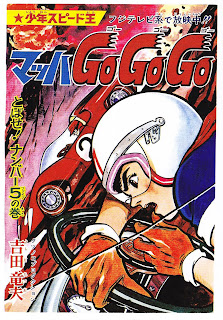 Tatsuo Yoshida was a popular 1960s manga artist and co-founder of Tatsunoko Productions, who wanted to make a animated TV show based on his hit comic series, Mach Go Go Go. Little did we know as children that the catchy title was a clever pun on the Japanese word "go" which meant "five". The series revolved around Go Mifune, the dashing young driver for the Mach Go racing team, his elder brother and fellow driver, Kenichi, a beautiful girlfriend Michi, and the rest of the enduring cast members. Being one of the first Japanese series to be shown in America, Translux obtained the rights to adapt the characters and scripts with the help of talented voice actor and screenwriter Peter Fernandez. He created some snappy new names like Speed Racer, even though he still had a "G" printed on his shirt to confuse us for decades.

Racer X, Trixie, Spritle, Chim Chim, Sparky, and Pops Racer never failed to please its younger audience everyday after school, and not to forget that fabulous wonder car, the gadget laden Mach 5. Influenced heavily by the "spy craze" of the Sixties, Speed and his family traveled the world racing, having fun, and helping foil dasterly villains with the help of his spy brother, Racer X, and a gotee wearing Interpol agent, Inspector Detector. All fifty-two unforgettable episodes were aired on syndicated television in 1967, and continued for many years until MTV helped developed an even larger fan base. It was just about impossible not to love Speed Racer's fast-paced action/adventure stories sprinkled with colorful villains like Cruncher Block, Tongue Blogard, and Ace Duecey, just to name a few.

Later relaunched in various new television and print versions, they all paled in comparison to the original series whose impact on our young memories were hard to follow. Volkswagon even developed an animated commercial using the characters and the Children's Safety Network sponsored the construction of a full-sized real Mach 5 that toured the States with Fernandez and other members of the cast. A big budget live action motion picture that was recently released also failed with the critics and the public as well, since they strayed to heavily away from the original source material, but fortunately the original manga series and TV show has been issued on DVD for new fans to enjoy. 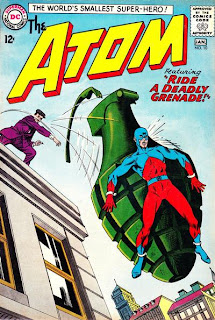 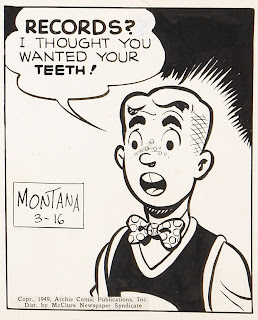 Posted by Dave Karlen at 5:21 PM No comments: 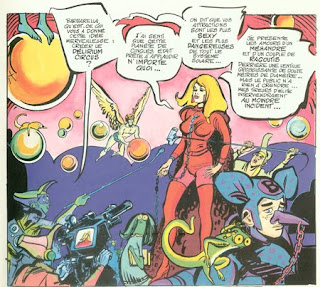