Born in Varallo Sesia, Italy in 1961, Giorgio Comolo as a youth grew up reading American super-heroes and dreaming of being an artist. Later he developed a deep appreciation for the men who drew those larger-than-life characters: John Romita, Gil Kane, Gene Colan, Steve Ditko and above all, Jack "King" Kirby. Comolo also combined other  European comics by the likes of Moebius, Caza and Jimenez that added a lasting impression to his style of art. Now in his free time from professional advertising work, Giorgio draws the beloved characters that filled his life, paying homage to the comics greats. He is know for his superheroes, Lovecraft and H.R. Giger pieces, but my favorite is his marvelous Jack Kirby works. 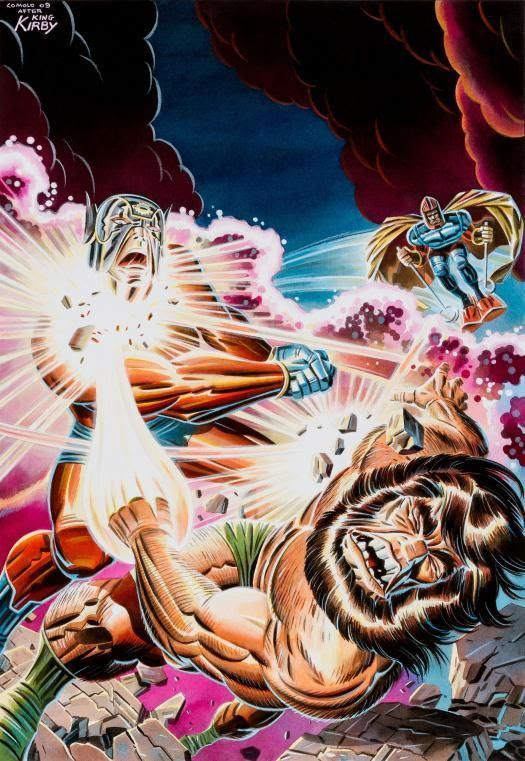 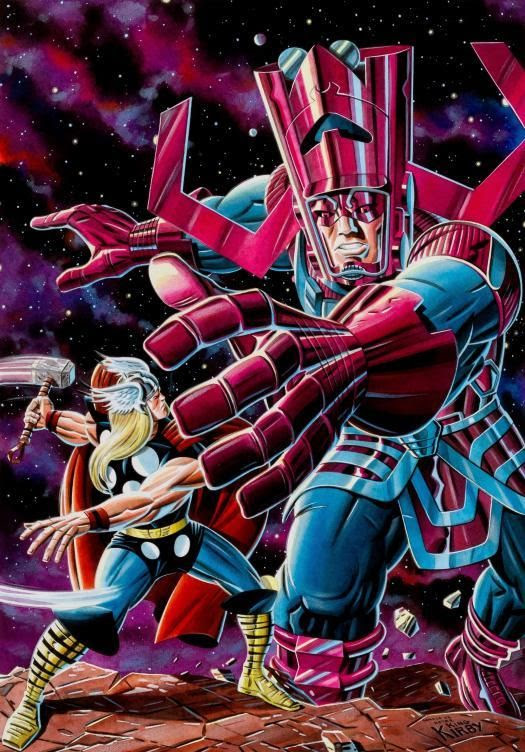 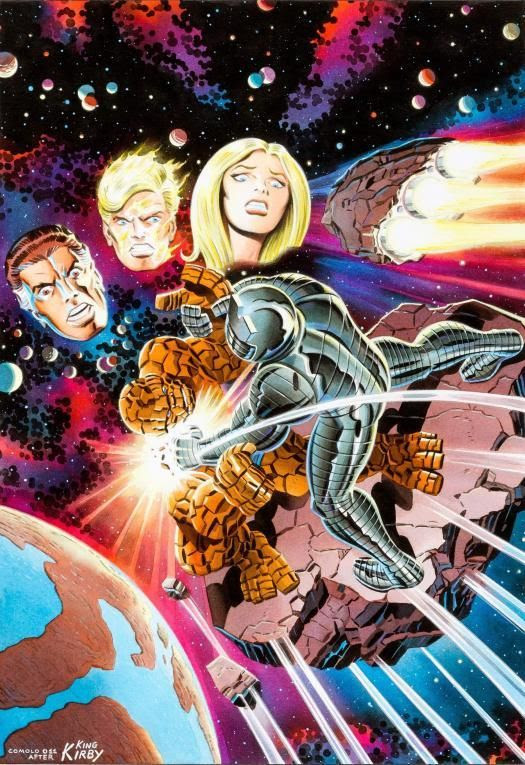 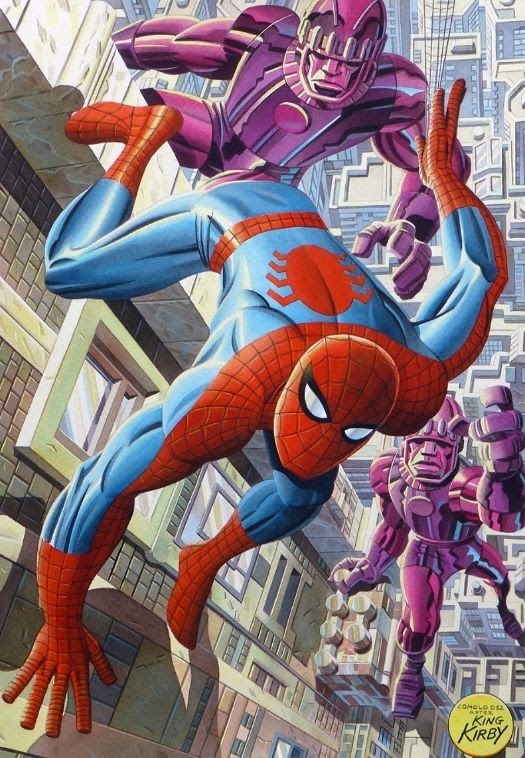 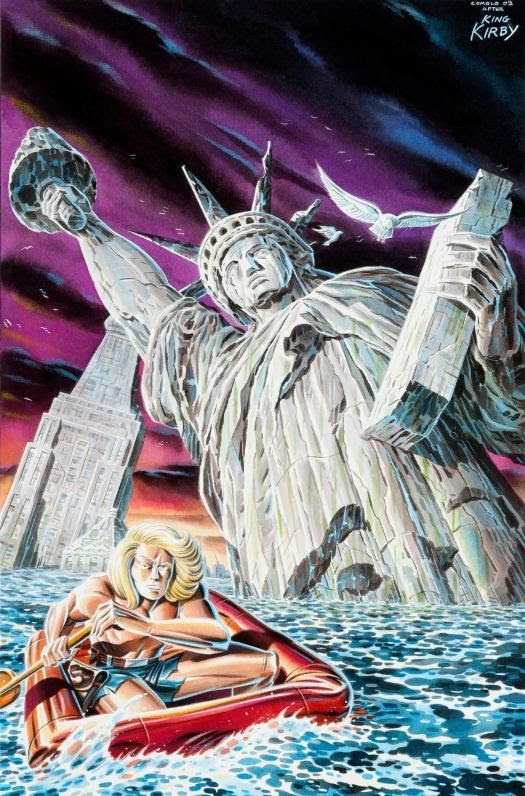 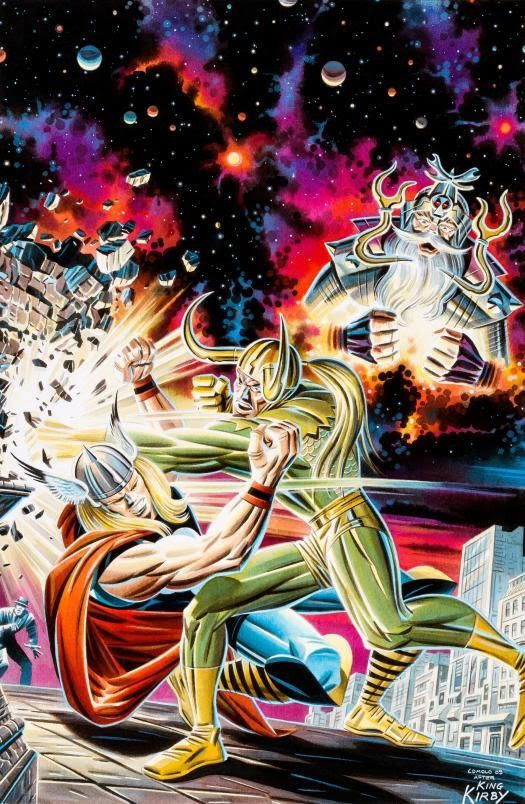 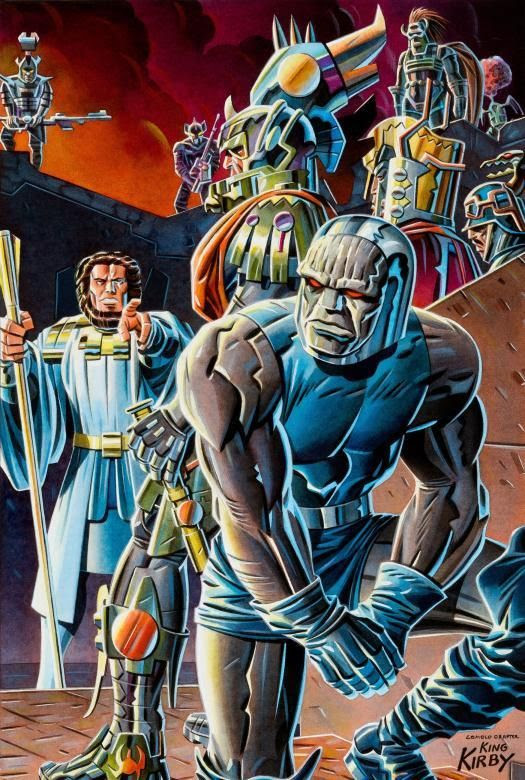 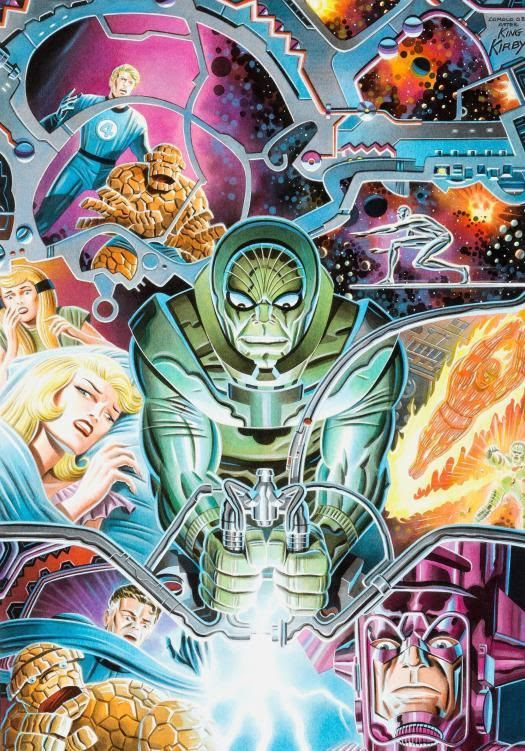 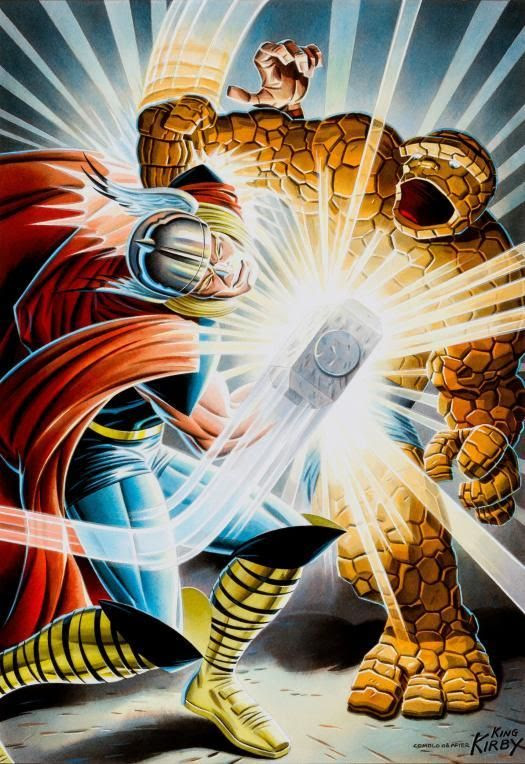 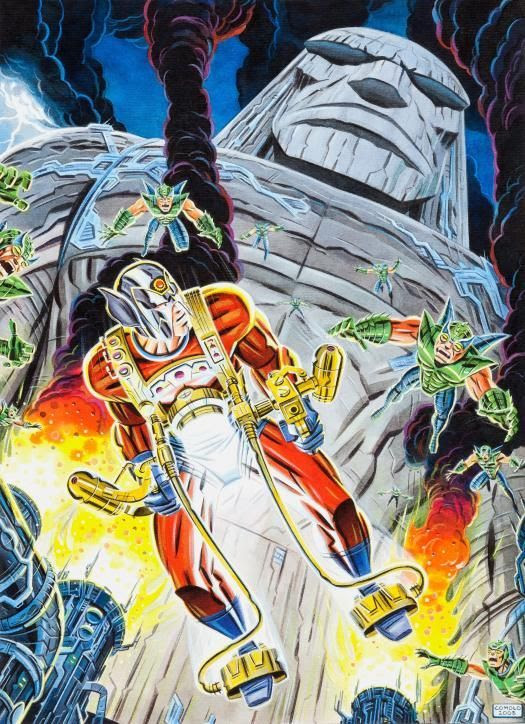