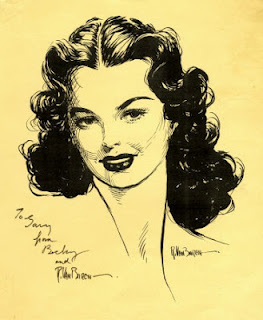 Raeburn Van Buren had a flourishing career in magazine and pulp illustration before Al Capp approached him to draw Abbie an' Slats, a strip about a tough New York kid transplanted to his aunt's small country town...Born January 12, 1891 in Pueblo, Colorado. My first job was a sketch artist for the Kansas City Star. All the pictures produced in the Star were pen and ink. Good training at the time, fires, murders, courtroom scenes, etc., were my chores for the next three and a half years. Then I landed a new gig drawing in old Life magazine! So I headed for New York and finally the big money. Pulp magazines, illustrations and gag drawings  kept me in beans and tobacco: then came the war and two years active service in the 7th Regiment, New York. Considerable luck found my lovely wife and fifteen years  as a regular illustrator (367 stories) for The Saturday Evening Post,  Collier's Magazine, Red Book, etc. Then in 1937 in came my strip "Abbie an Slats" and thirty three years of the most exciting and fruitful years of my exciting life. Retired in 1971. Now I am painting, fishing, playing golf, and "dreaming". 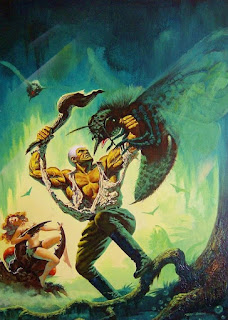 Posted by Dave Karlen at 9:17 PM No comments: 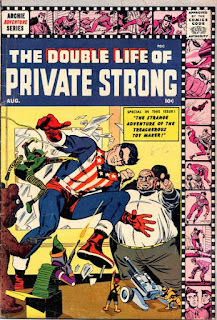 In June 1959, Jack Kirby and Joe Simon published a title for the new "Archie Adventure Series", The Double Life of Private Strong, introducing the patriotic character, The Shield. Not related to the prior characters who shared the same name and similar costume in other  books, the Shield's real identity was that of Lancelot Strong. Strong's scientist father developed a method to create a superhuman being by expanding the mind, which he experimented on his infant son. Once his father was killed by foreign agents trying to discover the secret, Lancelot was adopted by a farm couple and raised as their own son. As the youth entered his teens, Lancelot soon discovered the truth about his background and his many super powers. Strong had incredible  strength, the power of flight, near-invulnerability, super vision, an ability to generate lightning, and other wonders. Discovering a flag inspired costume left for him by his deceased father, he became the masked superhero, The Shield.  Joining the Army, Lancelot acted like a foolish country bumpkin, while leading a double life as the superhero Shield on the side (hence the title of his comic). DC Comics soon notified Archie Comics of their concerns, claiming that The Shield was too similar to Superman, so after two short issues, his comic was cancelled to prevent a lawsuit, with Simon and Kirby moving on to their next project. 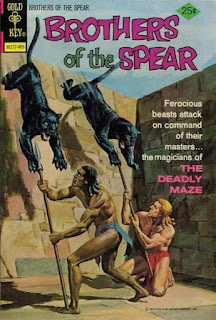 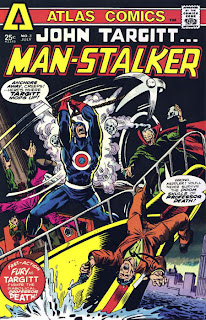