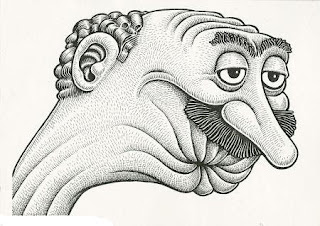 What can be said about artist Basil Wolverton? Only that he was one of the most beloved and wacky cartoonist in the profession. This unique humorist had a style best described as "the spaghetti and meatball school of design." His work graced the pages of Mad, Joker Comics, Plop, and many other humor comics and newspaper publications over his years in the business. Here is the artist's short biography from the NCS archives... Born not long after the Civil War on July 9, 1909 in Central Point, Oregon. Attended kindergarten quite a while, but forgot to go to college. Sold my first cartoons at age eleven. Seven years later I started on the Portland Oregon News as a reporter/cartoonist. After two years of glowers from the city editor, I went into decades of freelancing all kinds of humor, mostly for comic books, ad agencies and novelty publishers. Have one wife, one son and one grand otter. In the last fourteen years I have written and illustrated a book and magazine series titled Story of Man for Ambassador Press, Pasadena. My hobby is to find a steadier lettering pen. Otherwise it's to keep out of jail. We live in Vancouver, Washington with our garden insects, and right here my space is running out--- 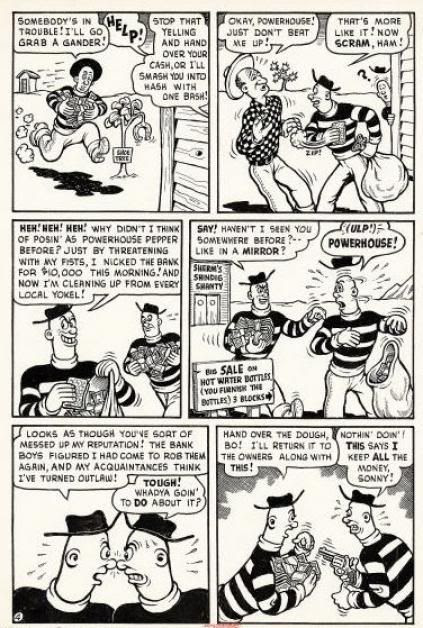