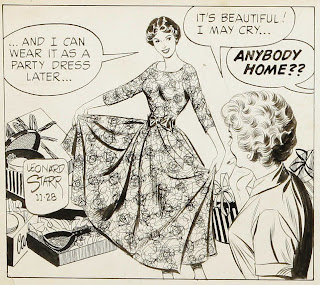 One of the most rarest of artists-- one who actually is a better writer than he is an artist. And he was a spectacular artist!