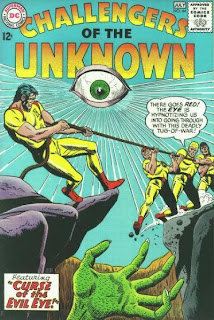 I well remember Bob Brown's work on Superboy when I was a kid. I never knew the details of his life or the scope of his talents, nor did I know the trials and aggravations he had to endure with DC's management. It would have been great if he could have had the clout that people like Curt Swan and Murphy Anderson had during those years - whatever it was that allowed those other traditional, illustrative types to keep on chugging during that time.

Nice blog. Long time comic fan but admit wasn't really aware of Bob Brown until I recently saw some of his art in a Masterworks book. Was curious about his background and found your blog. He may not have had that special something of a Kirby or Steranko but his art was solid and enjoyable. Sad that he died at a relatively young age.
If his name was less generic he might have stood out more. He deserved that recognition.