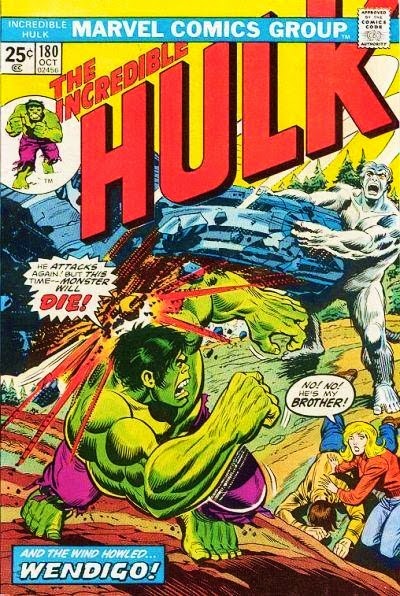 Back In 1983, Herb Trimpe generously gave a piece of original art to a star struck teenage fan as a souvenir on his visit to the artist's home one afternoon — but neither had any idea that the ink, graphite and blue pencil drawing would turn out to be one of the most important comic book images in the past forty years. The page from The Incredible Hulk #180 from 1974 featured the very first appearance of every one's favorite X-Men, The Wolverine, one of the most popular characters in Pop Culture in recent times. As the character grew in significance  over the years to a worldwide following, the owner decided to auction off the historic page and realized a staggering $657,250 a few weeks ago, a new high record for an American panel page. Fortunately the consignor has decided to donate part of the profits from this huge sale to The Hero Initiate, a non-profit charity dedicated to providing financial assistance to comic book artists in need.
﻿ 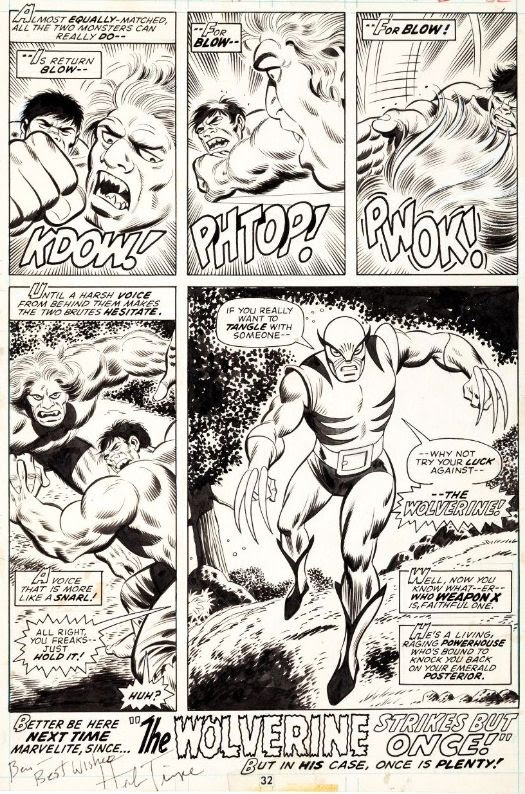