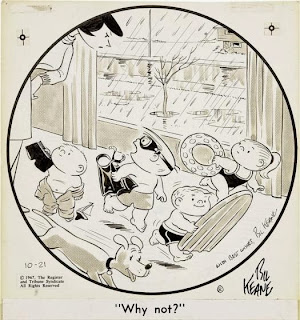 Like the portrait of Dorian Gray my photo keeps aging in each National Cartoonist Society album (but so does the real-life Bil Keane!) I'm making a living doing what others are jailed for: exploiting my family and peeping in windows. I was born at a very early age. The Stone Age (1922) in Philadelphia and grew up there physically if not mentally. Best idea I ever had: marrying Thel in Australia (1948). I penciled in five children, Thel did the reproductions. Sold gag cartoons to all the magazines that folded. I was a staff artist on Philadelphia Bulletin from 1946 to 1959. When I tired of drawing staffs and moved to Arizona where I'm still studying to become a saguaro cactus. Did "Channel Chuckles" from 54 to 77. Created "Family Circus" in 1960 and I've been going around in circles ever since. Little Jeffy is now my assistant. He's no longer two feet tall and a pest in the studio. He's six feet tall and a pest in the studio. Thel and I spend a lot of time these days counting our many blessings. 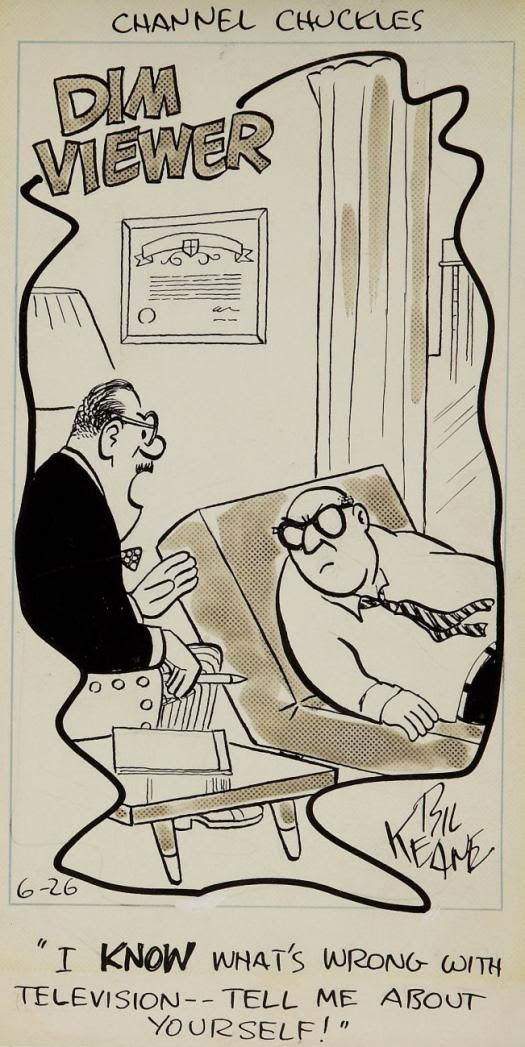