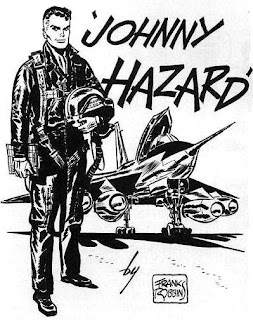 I think I remember reading that at some point, Robbins switched from india ink to black acrylic paint. Perhaps he'd run out of ink one day and, given his interest in painting, he just picked up what was available and it worked for him. I'd like to know more about him ...