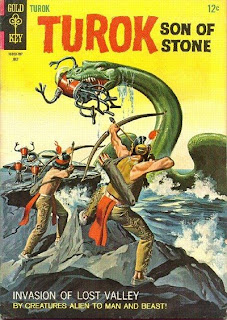 I liked Batman. I liked Superman. But I LOVED Turok, Son Of Stone! Superb blog entry. Thanks.