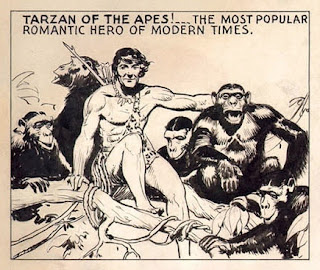 I was born on August 16, 1892 in Halifax Nova Scotia, Canada. Later moved to Winnipeg and became a trapper. My business career interfered with duck-hunting, so I started to illustrate mail order catalogues. Married Helen Wells in 1915 - irresistible! Have two sons. Went prospecting in 1917. In 1921 I bicycled to Chicago - one thousand miles, illustrated by day and attended art school at night. Began the "Tarzan" Sunday page, liked my work, and then created "Prince Valiant". Have traveled widely for the authentic background material used in my strips. "Prince Valiant" has been awarded the Banshees "Silver Lady" and the National Cartoonist Society "Reuben". A movie has been made by 20th Century Fox and many books have been published. I am in the Museum of Cartoon Art Hall of Fame, won the "Segar Award" and the "Gold Key Award" of the National Cartoonist Society. I moved to Florida from Connecticut in 1971.